The foundation of AdR RM 1 – Montelibretti dates back to 1970 as a result of a global reorganization process of the Consiglio Nazionale delle Ricerche (C.N.R.) which, for the proper development of its scientific infrastructures, felt it imperative to create a network of multidisciplinary scientific nodes, where research institutes, previously inhomogeneously distributed across the national territory, could have been put together to maximize their interactions and output.

After the first steps needed to integrate various scientific experiences and the obvious difficulties of the early years, in the following period AdR RM 1 has pursued an original growth path with the development of new operational capabilities both in the Institutes and in the Central Management Unit.  An extraordinary capacity for study and intervention on various problems arising from the nearby territory was developed, reaching, at the end of the 80’s,  the operational power of approximately 350 employees permanently working in 25,000 sqm of technological building.

In 2002, after the on-line implementation of its web portal, AdR RM 1 was credibly presented as an authoritative scientific entity for coordination and development of national and international programs as well as a technology node capable to contribute, thanks to the acquired know-how and skills, to the growth of the scientific community and to provide highly specialized support to industry and enterprises,  local authorities and all stakeholders.

In 2005, the commitment of people working in this infrastructure was not only fulfilled but further developed with the renewal and upgrading of the IT infrastructures dedicated to the management of the telematics network, advanced Internet services and improved scientific computing facilities. Such infrastructures were conveniently integrated in a larger infrastructure shared with the other Roman research area (AdR Tor Vergata RM2) set up meanwhile, with the construction of a very high-speed 51 km network of dark fibers extending between the two areas (SAHARA – Software And Hardware ARchitecture Areas) .

In agreement with C.N.R. policy of merging different research activities in one site, a new group of technological buildings was completed in 2007 and, during the year 2008, four more building were completed and delivered, the AdR becoming the main location of various Institutes previously disseminated in the Roman area. Presently AdR RM1 – Montelibretti hosts approximately 700 employees in 37,000 sqm total technological infrastructure’s area.

Feed has no items. 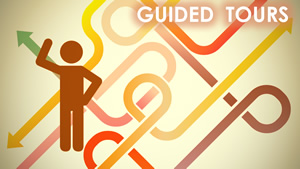